"We Are Neither Visionaries Nor Utopian Dreamers" : Willi Münzenberg, the League against Imperialism, and the Comintern, 1925-1933 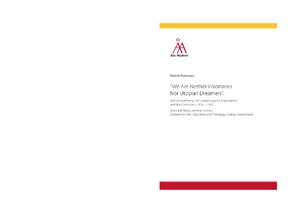 On 10 February 1927, the "First International Congress against Imperialism and Colonialism" in Brussels marked the establishment of the anti-imperialist organisation, the League against Imperialism and for National Independence (LAI, 1927-37). The complex preparations for the congress were though initiated already in 1925 by Willi Münzenberg, a German communist and General Secretary of the communist mass organisation, Internationale Arbeiterhilfe (IAH, 1921-35), together with the Communist International (Comintern, 1919-43). Berlin was the centre for the LAI and its International Secretariat (1927-33), a city serving the intentions of the communists to find colonial émigré activists in the Weimar capital, acting as representatives for the anti-colonial movement in Europe after the Great War. With the ascendancy to power of the Nazi Party (NSDAP) on 30 January 1933, the LAI reached an abrupt, but nonetheless, expected end in Berlin. This doctoral thesis examines the role, pu rpose and functions of a sympathising communist organization (LAI): to act as an intermediary for the Comintern to the colonies. The analysis evaluates the structure and activities of the LAI, and by doing so, establish a complex understanding on one of the most influential communist organisations during the interwar period, which, despite its short existence, assumed a nostalgic reference and historical bond for anti-colonial movements during the transition from colonialism to post-colonialism after the Second World War, e.g. the Afro-Asian Conference in Bandung, Indonesia in 1955. Fredrik Petersson’s study, based on archives in Moscow, Berlin, Amsterdam, London, and Stockholm, uncovers why the Comintern established and supported the LAI and its anti-imperialist agenda, disclosing a complicated undertaking, characterised by conflict and the internal struggle for power, involving structural constraints and individual ambitions defined by communist ideology and strategy.