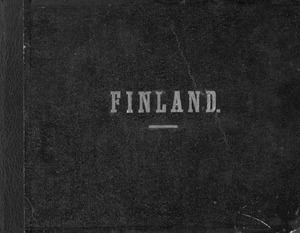 Available on the Internet

Zacharias Topelius, a prominent writer and journalist, and a professor of history, consciously created the cultural image of Finland with his writings. The book (Finland represented in illustrations) has illustrated works which included pictures by the most famous Finnish 19th century artists. The aim of the book was to create a panorama of the history of Finland, and of its memorable places and scenic regions. The selection of illustrations included in this work were based on Topeliusʼs own selection programme and criteria.