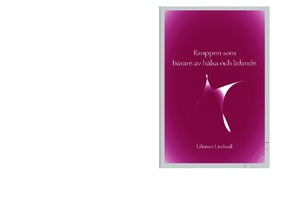 The overall aim of this study is to seek new knowledge and deeper understanding of the body as a phenomenon from a caring science point of view. By means of a hermeneutic definition, the body is studied on a contextual as well as an ontological level in order to create a deeper understanding for human beings in relation to health and suffering. The study focuses of the body as a perspective of human beings. It is important for the knowledge growth in caring science to create a deeper understanding for the body, thus making it possible to understand patients in
nursing care.
The overall methodology is a hermeneutic definition which covers a contextual and an ontological concept definition. In the three empirical studies, Giorgi’s phenomenological method was used. The first empirical study comprises twelve students’ statements about experiences of their body in different situatons in life. The second study is composed of interviews with fifteen patients who had been afflicted by illness and been subjected to surgical treatment. In the third empirical study, ten patients who had been cared for in perioperative nursing care were interviewed. In the data analysis, the essential meaning of the body as a phenomenon is described, along with its variations and nuances. In the ontological determination of the body, an etymologic and semantic analysis is carried out, as well as a qualitative analysis of ideas, where the material is comprised of chosen texts on the body from different perspectives. In the concluding analysis the results were synthesized.
The result of the first empirical study shows that a body is expressive and manifests movement in its striving for dignity. The body harbours language and inherent powers to cope with the unexpected, as well as feelings of anxiety, fear and powerlessness. The second study shows that the body is experienced as mysterious when it is afflicted by illness, but it is also found mysterious as an opponent to man and life. A battle is fought between the illness that breaks down the body, and human beings fighting to keep their unity whole. The body appears as a prison and a host for a threatening illness. The body bears a feeling of powerlessness when it is changed by illness and suffering. In a care and treatment context, the body is objectified by the patient and the caregiver. It is the illness that forces the patient to sacrifice parts of the body in order to once again become whole in the unity. The third study shows that the patient in a perioperative nursing context delivers him-/herself over to the hands of the caregiver, who
defends and protects body and life. The patient experiences a sense of well-being when the caretaker receives him/her and protects the body from dangers. Suffering is alleviated when the patients are allowed to talk about what has happened in their body. The result of the semantic analysis shows that the body as a concept is described as bending around the human soul and spirit. Linguistically, dimensions like corporeal, shape, totality, unity and mortal clay, are described. Different ideas about the body described it as: a material animate part of man, active and demanding, something that perceives its surrounding world and as a subjective body of
senses, thoughts and language. Ideas about the body also describe it as a biological and
physiological, living organism, submitted to the laws of nature, a passive apparatus and a socially constructed gender. The results of the different studies were synthesized and reflected against a caring science perspective. The research has created a deeper understanding for the body as a material abode and as an entity of body, soul and spirit.