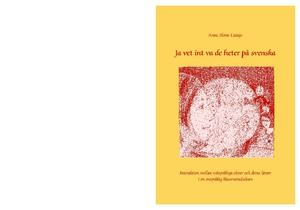 This is a study about language and learning aspects in the interaction between pupils and teachers in classrooms, where the majority of the pupils are bilingual. The aim of the dissertation is to develop the understanding of interactional learning possibilities and constraints in relation to a bilingual context. Language related learning is used as an overall conception which covers learning related to classroom discourse, language and subject. The empirical study has been made in a Swedish speaking school in a strongly Finnish dominated environment in the south of Finland. In the material, mainly consisting of video recorded lessons in forms one to three, the interaction between the pupils and the teachers is analysed. Building on a social constructionist perspective, where learning is regarded as a social phenomenon, situated and visible in changing participation, sequences where pupils or teachers make the language relevant are emphasised. The sequences are analysed in line with the conversation analytic (CA) approach. A fundamental result is an understanding of a monolingual classroom discourse, jointly constructed by teachers and pupils and visible in the pupils' interactionally problematized code-switching. This means that the pupils are not victims of a top-driven language policy; they are active co-constructors of the monolingual discourse. Through different repair initiations the pupils are doing interactional work in positioning themselves correctly in the monolingual discourse, which they simultaneously maintain. This work has a price in relation to time, knowledge and exactness. The pupils' problematized code-switching is often directly and shortly repaired by the teachers. This kind of repair promotes the pupils' participation and is not, as opposed to the results of research in everyday talk, dispreferred in pupil-teacher talk. When the pupils use the possibility to, in a comparatively easy way, participate and thus express their knowledge through codeswitching, and simultaneously talk a monolingual discourse into being, the teacher can, through direct repair, show an understanding in regard to the content, facilitate language learning and simultaneously confirm the pupils as competent speakers and bilingual individuals. Furthermore, significant results show that the monolingual norm has a function of a contrasting background which gives the pupils and the teachers a possibility to use language alternation as a functional and meaningful activity. The pupils use codeswitching as a way of protesting or expressing non-participation in the classroom talk. By making the pupils' bilingualism relevant, the teachers express understanding and empathy and encourage the pupils' participation in the classroom talk. Bilingualism is a nonpreferred, but functioning, resource in the interaction between pupils and teachers.