Generic and professional caring in a Chinese setting: an ethnopraphic study 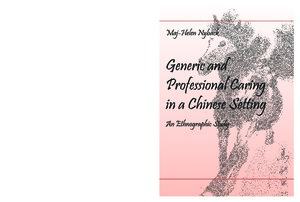 The objective of the present study is to describe the cultural care practices, meanings, values and beliefs which form the basis of caring in a Chinese context. The research has its starting point in a caring science perspective and a qualitative research approach with interpretative ethnography as methodological guideline. The theoretical perspective is formed by elements of the theory of caritative caring, developed by Eriksson, and the theory of Culture Care Diversity and Universality, developed by Leininger. Previous research of suffering, culture and caring is described and also a presentation of actual transcultural nursing research as well as a presentation of the social structure dimensions of Chinese culture is included in the theoretical background. The empirical part includes patients and relatives, nurses and Hu Gongs as informants. The data collected are analysed based on Geertz’s idea of forming “thick descriptions” through examining the “what, how and why” of people’s actions.
The findings show that the family has a prominent position in Chinese caring practices. The patient plays an unobtrusive role and a mutual dependence between the patient and the family members is evident. The professional nursing care is an extended act which includes the family in the caring relationship. The care practices of the Chinese nurse are characterized by great professional nursing skills. Suffering is described by the informants as being caused by disease, pain and social circumstances. “Social suffering” is described as worse than physical or mental suffering. Culturally competent and congruent care is a prerequisite for avoiding cultural pain, imposition and blindness when caring for the suffering human being.
The findings of the present study necessitate a broadening in caring theory to include the family in the caring relationship. A further conclusion is that a broadening in our perception and understanding of culture would promote the delivery of culturally competent and congruent care. Suffering need to be seen as enclosed in cultural patterns of how it is expressed, interpreted, understood and relieved. Care and caring need to be seen as embedded in culture and the care practices values and beliefs have to be congruent with the cultural patterns where the care is provided.