A Jungian Theory of Mind : Individuality, lost, gained, and transcended 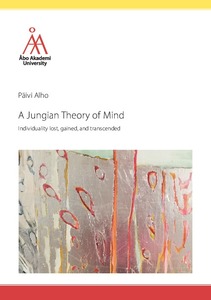 Every time an individual or a society gets into an inner or outer conflict, it questions its worldview and recognised values, and the personal and collective identity are activated on an unconscious level. Deep changes in values and circumstances take place in two ways. Either, what is old-fashioned and inappropriate in the prevailing values is understood without being totally abandoned, and a constructive renewal of those values takes place on the conscious level. Or, the traditionally recognised values and attitudes are experienced as totally undue and false, whereby their opposite begins to appear as the better choice. Both of these processes create some level of a personality crisis where the unconscious identity, ”the last instance” of the personality, is activated.
The unconscious identity consists of the most basic values, the instinctive conception of how to be human. We are not fully conscious of that conception because we are identical to it. Neither it is possible to call the underlying values into question before we become acquainted with them. This theoretical study presents a system of human values that is in real life manifested by corresponding personality traits. The Jungian interpretation of the system of values is schematically summarised by three bipolar dimensions: femininity as opposed to masculinity, individuality as opposed to collectiveness, and a third dimension that divides personality traits in good and evil. Each of the corresponding personality characteristics has an unconscious shadow that is made visible by the Jungian interpretation of the Implicit Personality Theory, originally designed by Goldberg and Peabody in 1989.
All kinds of characteristics and values can be useful in certain situations, as long as there is a will to adapt them to one’s present life situation and to other people. This adaptation is something that only the consciousness can do. The consciousness is by nature analytic and therefore discriminatory, it is dependent on pairs of opposites. It also has a paradoxical tendency to ignore, or devaluate the part of the opposition that does not fit in with or speak for the choices it has made. In this way, many of the daily oppositions intensify to conflicts.
The psychological space, or psychic energy that is bound to every such judgement, cannot be used to its whole capacity unless the devalued side of the pair of opposites is given some value, too. Transcendence of pairs of opposites requires creation of a third perspective where the mutually exclusive evaluations are replaced by a meaningful relationship, instead of a neutral compromise or an absolute perspective that emerges only from one of the opposites. A Jungian interpretation of Goldberg’s and Peabody’s theory is presented in this dissertation. It makes explicit the method for transcendence of pairs of opposites, and is in strong concordance with empirically built psychological models as well as ancient mythology.
Study I.The first article, ”Collective complexes – total perspectives,” is published inJournal of Analytical Psychology(2006, y 51, 661-680). It explains how the experience of the mother and father archetype shapes personality and worldview and leaves a person with to her or his culture typical personal and collective complexes. Correspondingly, a culture or family tradition can be interpreted in terms of collective complexes. The most important tool in this analysis is Goldberg and Peabody’s Implicit Personality Theory, the main dimensions of which are shown to have Jungian equivalents. The Jungian interpretation of the model underlines the difference in comparison between descriptive and evaluative personality traits, and makes the unconscious shadow that belongs to all human characteristics concrete and visible. An unconscious identity with some of the values creates a perspective where certain values and their related personality characteristics appear as superior and absolutely vital, whereas their opposite seems unimportant or even dangerous. This causes fixation of psychic energy on the collective as well as personal level. Psychological integration of the unconsciously rejected material would balance perspective and open possibilities for further development.
Study II. ”The role of the feeling function in moral judgements,” published in Jung Journal (2009, l 3, 48-58), applies the themes presented above on unconscious and conscious values, as well as on the very process of evaluation. Leninism and National Socialism are two well-known political systems. In the first, theunconscious identityis based on the father complex, whereas the sec y ond system relies on the unconscious mother complex. Conscious individual psychology is replaced by collective thinking and feeling through manipulation. The study shows that all kinds of values and behaviour can, in a one-sided and extreme form, become destructive. Without a relationship to its opposite any attitude become too extreme to be functional in the long term. This applies especially to collectivism and individualism, which means that the highest morality cannot possibly be only individualistic, a view that explains why women in general score lower than men on Kohlberg’s scale of moral stages.
Study III. ”Jung’s theory of mind. Individuality: lost, gained, and transcended” is published in Integral Transpersonal Journal (2017, l 9, 19-46). In this paper, the natural tendency of the consciousness to have preferences and make discriminatory evaluations is discussed, as well as the method by which the dichotomisation can be transcended, without compromising the clarity of consciousness or the underlying moral feeling and identity. The probably most disputed dichotomisation today concerns the relationship between the symbolically feminine, which is the mother archetype (emotions and sociability), and the symbolically masculine which is the father archetype (logic, intelligence). Presuming that these symbolically gendered instances work slightly differently in women than in men, the dichotomy is not overcome by simple imitation of the traditionally female or male behaviour, unless we are ready to compromise the clarity of the gender-typical consciousness and moral feeling. The transpersonal aspect of the feminine and masculine is suggested in religious symbolism, outside of the biological, social, and philosophical contexts.