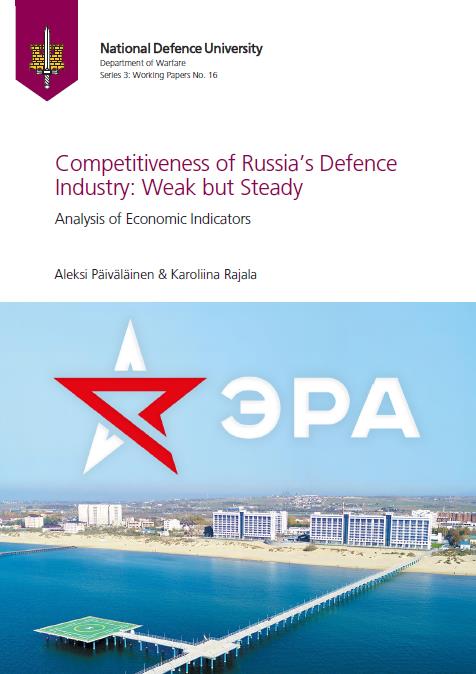 This study examines the current state and future prospects of Russia’s defence industry (OPK) from the economic perspective. The authors analyse the operating conditions and competitiveness of the companies in the sector. The focus is on the general development trends that characterised the sector in the 2010s, the development policy pursued by the Russian government, structural and funding arrangements and the financial standing of selected companies, based on the analysis of economic indicators (financial statements analysis). Using the findings as a basis, the authors assess whether the sector is in a position to achieve the goals set for it in the near future.

The defence industry plays an important role in Russia, politically, militarily and eco-nomically. After the disintegration of the Soviet Union and the collapse of the coun-try’s economy, the sector was plunged into a crisis. Two decades later, the sector had re-emerged as a major player and it has been extensively restructured over the past ten years and made into vertically integrated state-owned corporations. At the same time, the sector has been given a major boost by the state armament programme (GPV), under which 70% of the Russian Armed Forces equipment should be state of the art by the year 2020. The sector is also expected to diversify its production and focus more on civilian items. The hope is that the defence industry can serve as an engine for a new innovation economy.

The financial situation of the companies seems to have stabilised over the past ten years even though many of the corporations still suffer from poor profitability and high debts. The Russian government has supported the sector by means of aid pro-grammes and debt relief, and defence industry companies have in fact been able to maintain a high level of capital expenditure in relation to depreciation. As a whole, the defence industry has been able to meet the targets set out in the state armament programme, which is an indication of substantial improvements in production capac-ity.

At the same time, however, the sector is still highly dependent on the state budget and the number of private investors is small. It would seem that the companies are spending very little on research and development. Moreover, gradual political isola-tion and attempts to achieve self-sufficiency by substituting imports with domestic production are not compatible with the diversification strategy. All this means that there is unlikely to be any substantial growth in commercially successful civilian pro-duction in the coming years.