Theory of Reflexive Control : Origins, Evolution and Application in the Framework of Contemporary Russian Military Strategy 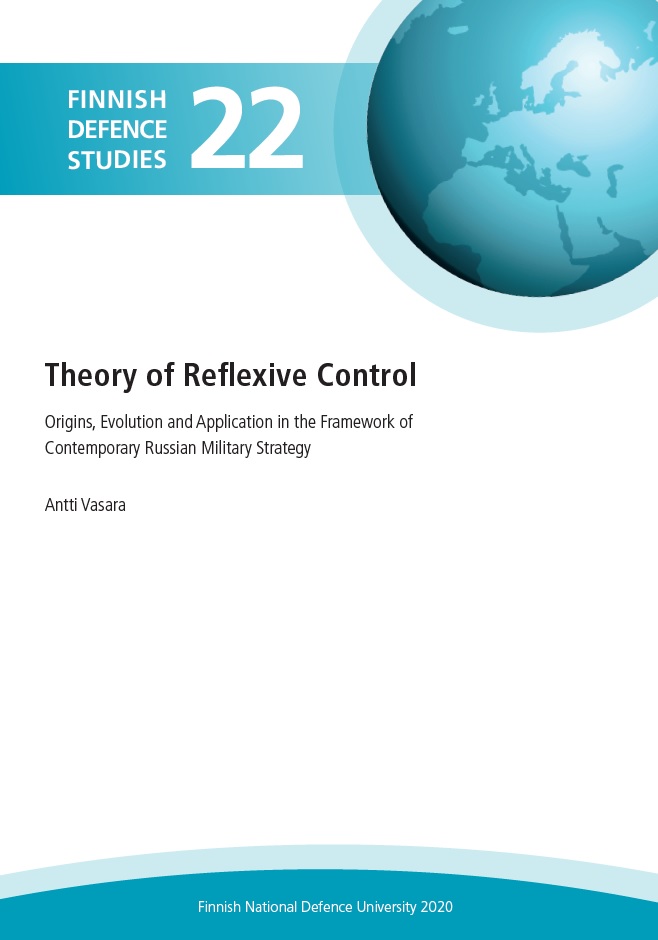 The purpose of this study is to establish what is meant by reflexive control, how it can be applied, and the methods that can be used to apply it. The study combines reflexive control with the broader concept of systems theory, and the author also examines issues from perspectives that are rarely discussed in Western source material. At the same time, by making extensive use of publicly available Russian and Western documents, the author also attempts to lessen the aura of secrecy around the topic, which often characterises the debate in the West and which may well be unfounded.

To understand what lies behind reflexive control, the author discusses the interface between cybernetics and systems theory. The study focuses on reflexive systems, one manifestation of these concepts, in which the system attempts to adjust its operations in accordance with a similar system used by the adversary. In other words, it attempts to reflect the other side’s system in its own activities.

The study goes through the development of the concept during the Soviet era and concludes with the developments in the field in Russia after the collapse of the Soviet Union. Having reviewed the history of reflexive control, the author discusses its concepts and application in connection with the debate in Russia on the nature of warfare and influencing military decision-making. A comprehensive model of reflexive control is presented in the study using these principles.

At the end of the study, the author places the findings made in this research in a broader context. The conclusions lend credibility to the assumption that Russia is using an analysis of the adversary’s command and control systems at all operational levels. It is thus highly improbable that the activities are based on pure opportunism. Instead, as this study suggests, Russia’s attempt to conceal the higher-level strategy is a more likely explanation.