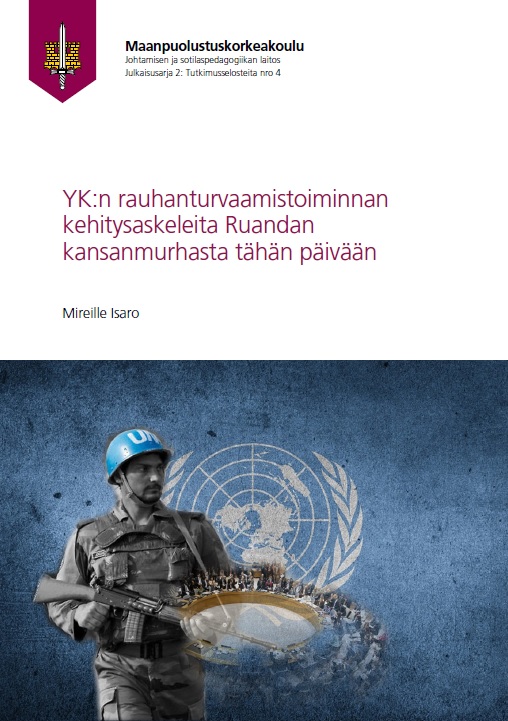 In this paper I reflect on the Rwandan genocide of 1994 and use it as a starting point in analyzing the developments in the UN peacekeeping missions in the last decades. The UN peacekeeping mission to Rwanda is regarded as one of the most prominent failures in UN peace work. This is due to insufficient involvement in the crisis management before the genocide, withdrawing of the UN troops during the genocide and an overall delay in the response. I focus on some of the key elements that led to a failed peacekeeping mission: the military operation UNAMIR, the problematic recon and the lack of political will.

The UN has continuously attempted to improve the success of the UN peacekeeping missions. In this paper I focus on the numerous reports and guidelines that have affected the way peacekeeping operations are conducted today, in an attempt to figure out whether the UN is any closer to preventing genocides and similar mass atrocities. The biggest ideological changes in the UN peace work deal with an emphasis on the global responsibility to act in the face of genocide and a bigger focus on the human rights of the people affected by these catastrophes. Changes have also occurred in terms of expanded cooperation with those governmental and non-governmental entities capable of doing peace work and crisis management. The nature of military peacekeeping operations has also shifted from a passive “supervision of peace” to a more hands-on peace enforcement. Examples of this evolution are broader rules of engagement and the right to use lethal force when protecting oneself, one’s mandate or the victims of atrocities. These are important changes that, had they been properly implemented, might have significantly changed the course of the Rwandan genocide. From this point of view, the UN is evolving in the right direction.

I complete this paper by reflecting on the issue of the political will to intervene. It is my conclusion that insufficient political will remains as one of the biggest causes of inadequate peacekeeping. However, the development of the UN peace work shows very little signs of addressing this issue. On the contrary, the theme of “expanded cooperation” seems to make achieving political consensus even harder. This is a problem that, if left unresolved, might result in delays in crisis management action, inaction and underfunded peacekeeping operations. In this light, some of the biggest issues that plagued the peacekeeping operation in Rwanda during 1994 remain today.