Diversity, Teamwork and Communication Skills Behind the Success of UNMEM 2/2018 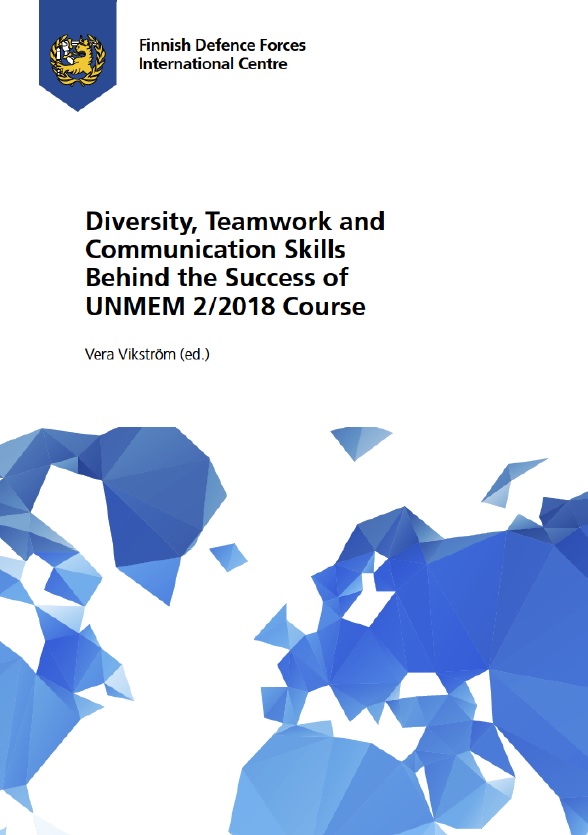 The United Nations Military Experts on Mission (UNMEM) course is one of the most wellknown courses offered by FINCENT. In 2018 there were three courses arranged and the feedback from the courses gives excellent coverage of the improvements since the previous courses and how the updates were received. This report is the follow-up to that published about the UNMEM 2/2017 course. This report focuses on the UNMEM 2/2018 course held in August 2018.

The UN Secretary General published a report called Improving Security of United Nations Peacekeepers: We need to change the way we are doing business (2017). The report was based on UN Data about fatalities due to violent acts and more than 160 interviews. The main aim of the report is to change the UN’s way of working in high-security risk peacekeeping operations. The report gives an insight into those topics to be focused on to develop peacekeeping. (Cruz 2017.)

Crises are more complex than ever, affecting many civilians. Some of the main tasks to help is to advance the diversity linked to gender, skills and backgrounds in peacekeeping (UN Peacekeeping Defence Ministerial 2016). FINCENT sees its responsibility as a learning provider to adapt to new challenges and answer needs. One way to broaden the range of skills and capacities is to have more female peacekeepers in peacekeeping groups (FINCENT 2018). In 2016 the UN Peacekeeping Ministerial announced that their future mission was to increase the number of female officers in peace support, both in uniformed roles as well as in senior UN leadership positions. The role of women in UN peacekeeping is the key to a sustainable peace process, the operational effectiveness of amission and the overall success of missions. The number of women in the military and the police quota of UN peacekeeping operations was stated to be doubled by 2020. (UN Peacekeeping Defence Ministerial 2016.)

As the first UN Peacekeeping Training Centre in the world, FINCENT wants to lead the way by providing more military observer training courses for females. The UNMEM 2/2017 course was the first pilot course with the majority of participants consisting of female officers and the UNMEM 2/2018 course had an even bigger female majority.