Production of microfibrillated cellulose by LC-refining 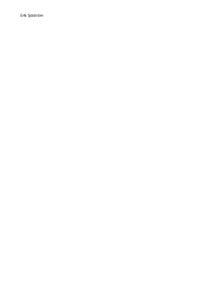 The aim of this work was to investigate if it is possible to produce microfibrillated cellulose (MFC) on an industrial scale, utilizing a low consistency pulp refiner without pretreatments by chemicals or enzymes. The effects of pulp consistency and refiner load on the process and product were tested.
Laboratory scale trials were performed with the ProLabTM refiner and two pilot scale trials were performed using a Valmet RF-1 refiner. Valmet Oy provided fillings for the refiners. Conical fillings were used during laboratory and pilot trials. Specific energy consumption was monitored and Schopper-Riegler and average fiber length measurements were performed for all refining sequences.
The laboratory result showed that the refining intensity or refiner load drop significantly at around 90 SR° and the refining progress slows down. This was confirmed at the pilot trials where the refining intensity decreased even faster than in the laboratory scale sequences. It also showed that the resulting pulp from the refining sequences had little to no whole fibers left. Only small fiber fragments remained, and many of those smaller fragments passed through the mesh in the Schopper-Riegler test.
The resulted products from the refining sequences were highly fibrillated. Fiber length measurements with a FS5 fiber analyzer showed very high fines content. The upscaling to continuous industrial scale production of MFC seem plausible. The possibility to produce MFC with industrial refiners would require some adjustments.