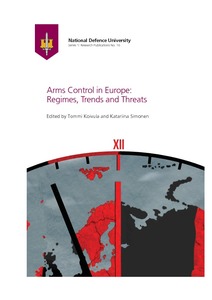 Arms control issues, especially regarding nuclear weapons, have been a marginal theme on the European security agenda after the end of the Cold War. One can even talk about the erosion of arms control expertise in several European countries. At the same time, nuclear weapons are actively back in States’ defence policies, while groundbreaking technological advances such as artificial intelligence, unmanned and autonomous weapons systems and other innovations have come to influence our contemporary security environment.
This book is written in response to these alarming developments. Its purpose is to reconstruct expertise and raise awareness on arms control and nuclear weapons in Europe. It is a timely collection of essays by eminent experts in different fields of arms control.